Health care for an orphaned  and
underprivileged  child and poor family

“If you had been here, my brother would not have died” 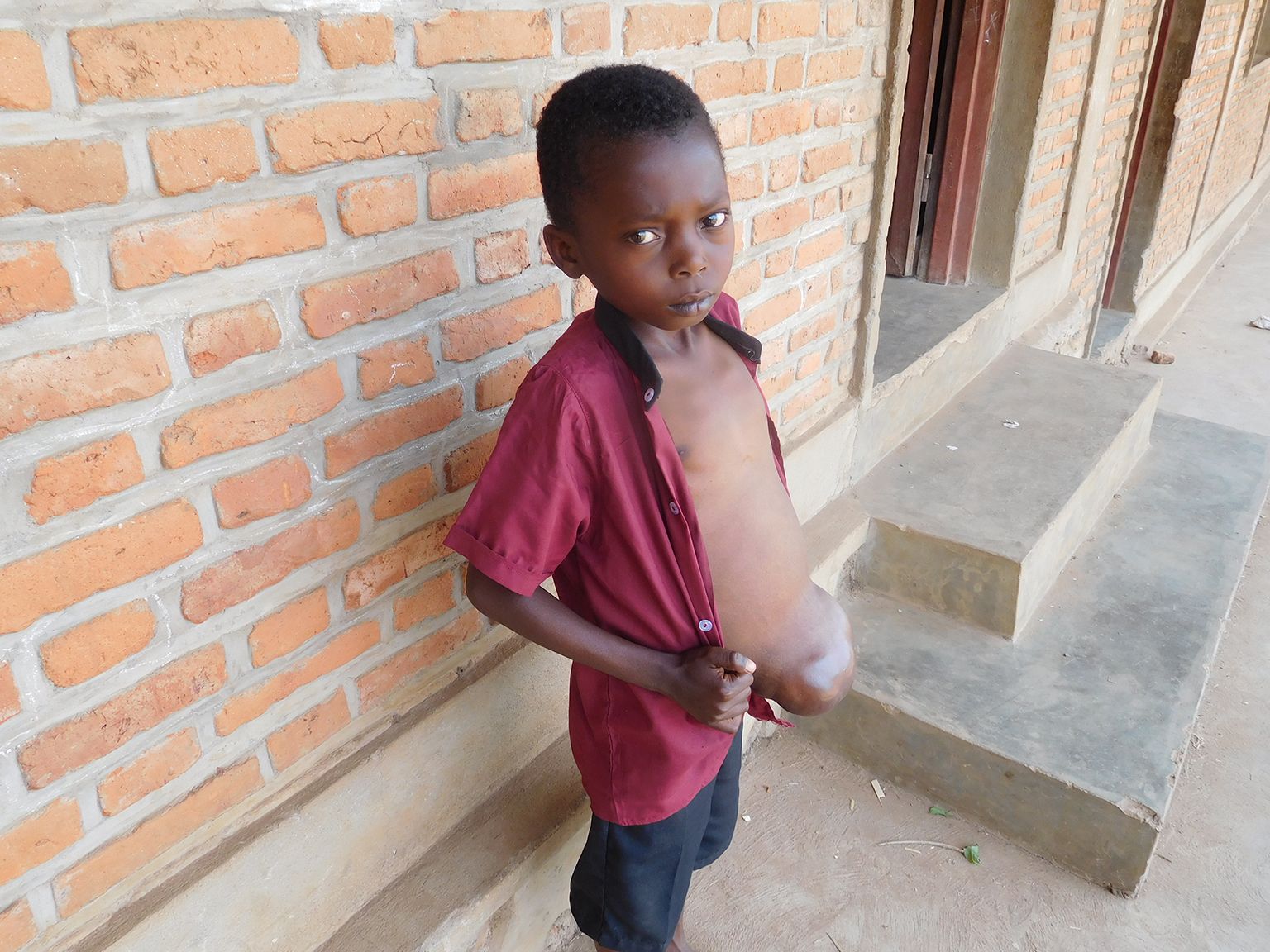 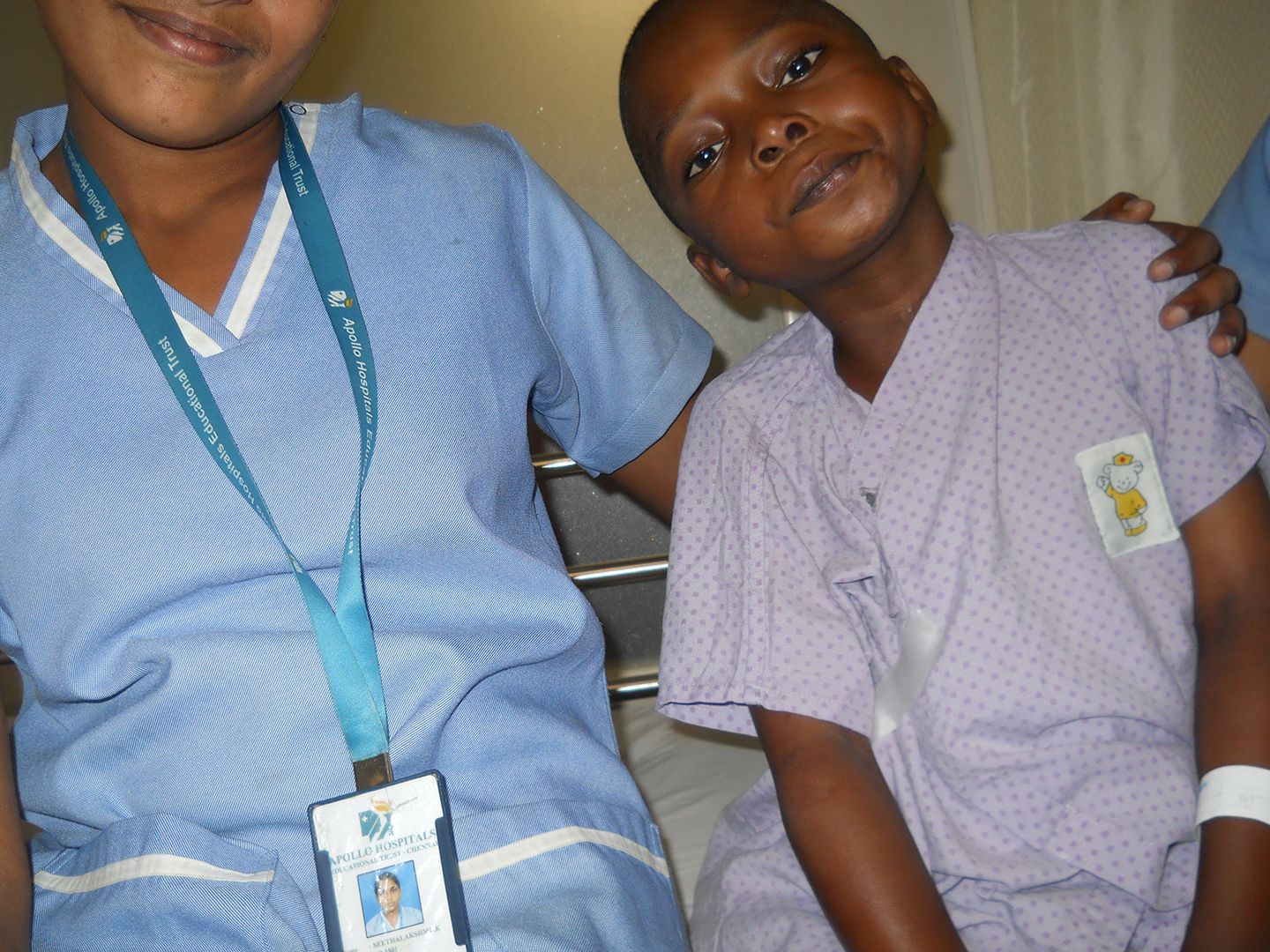 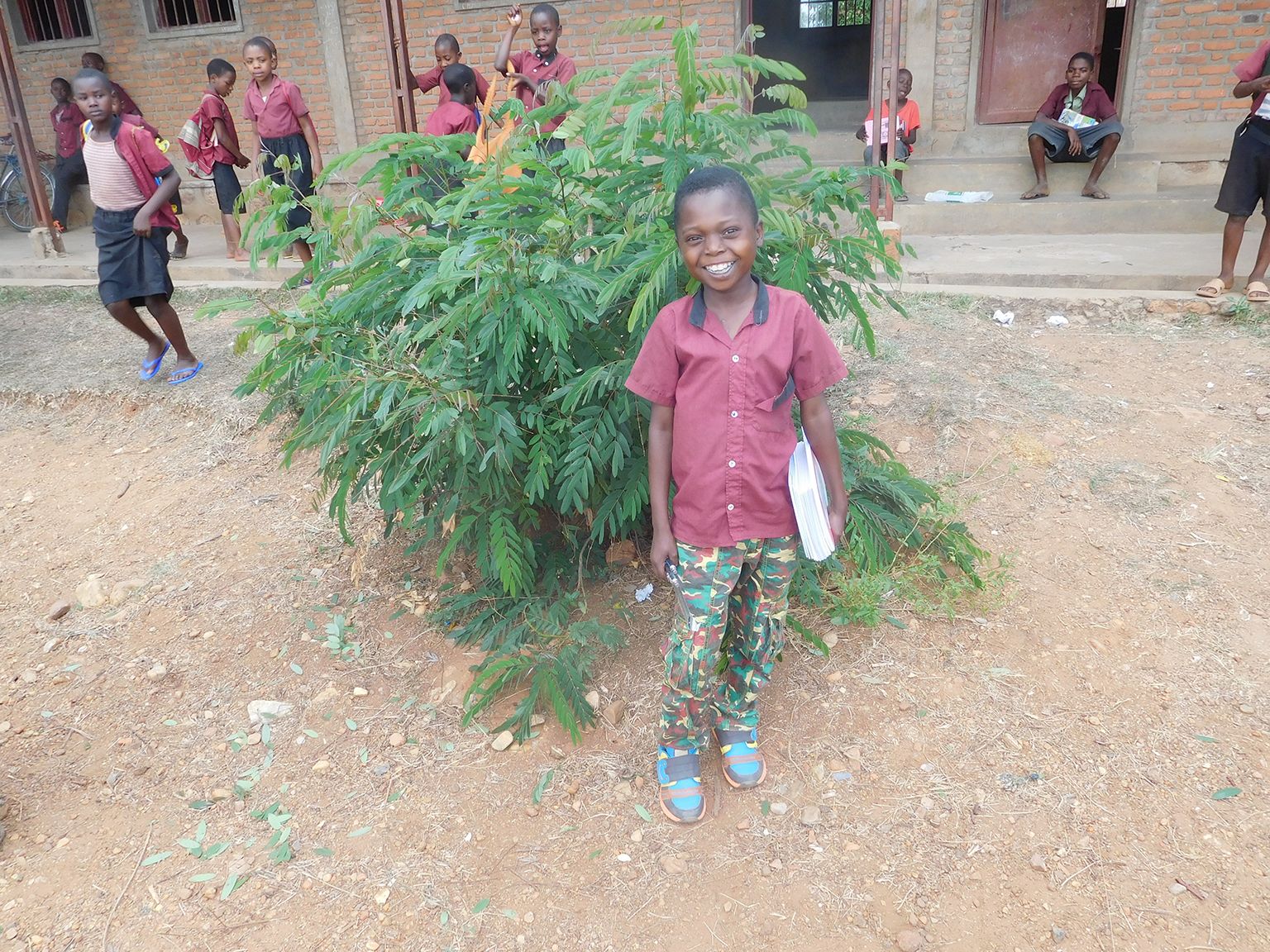 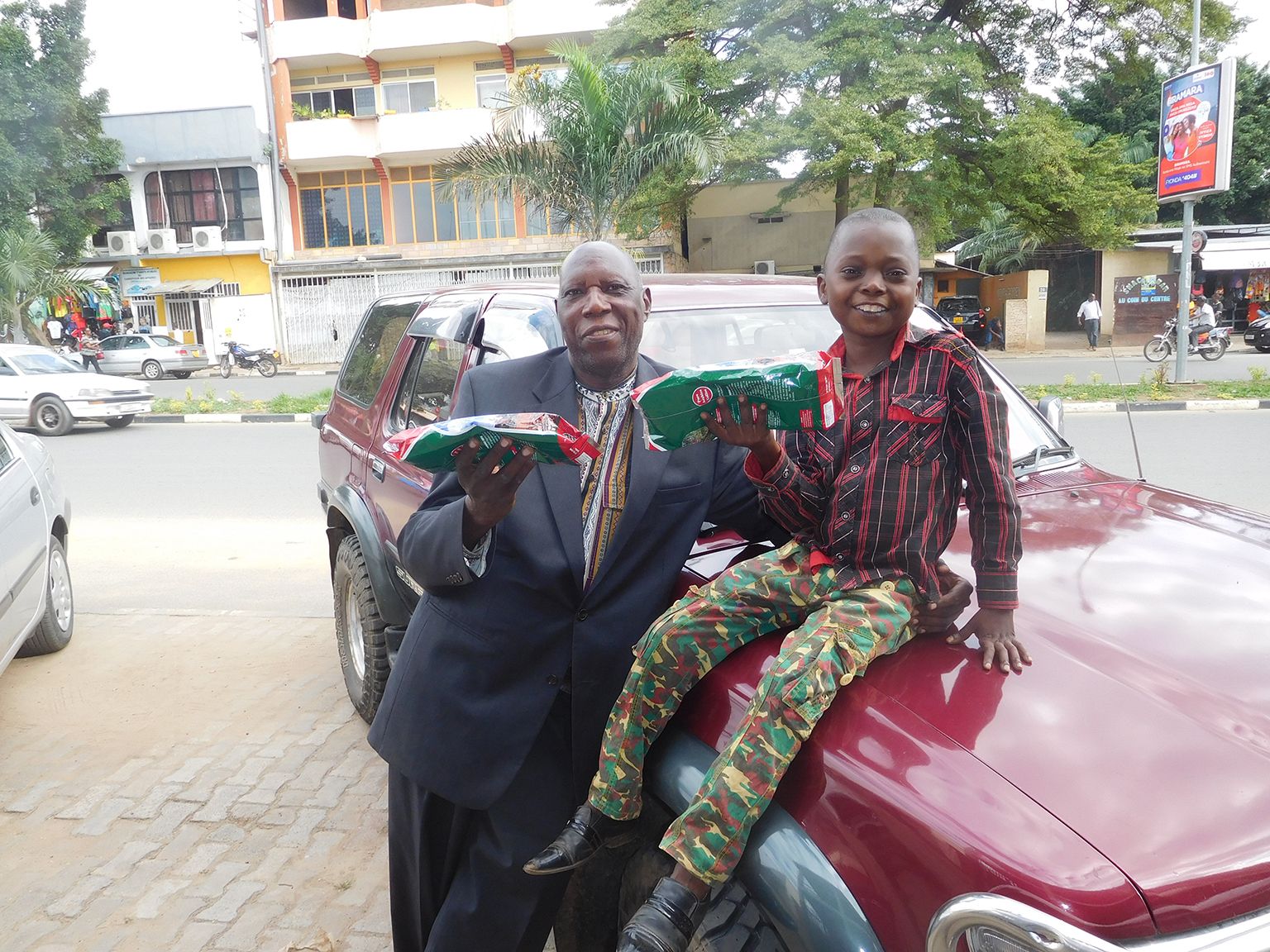 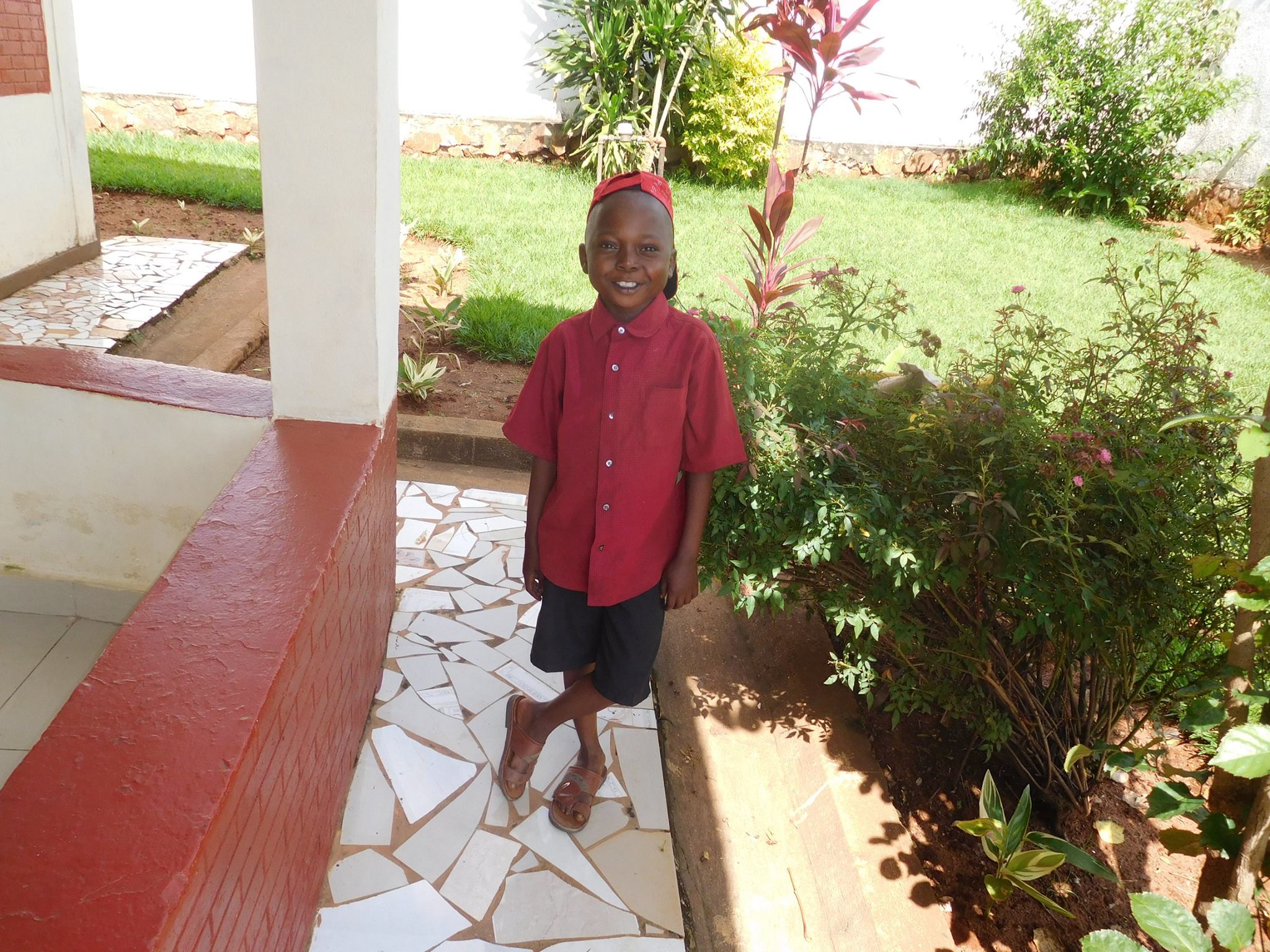 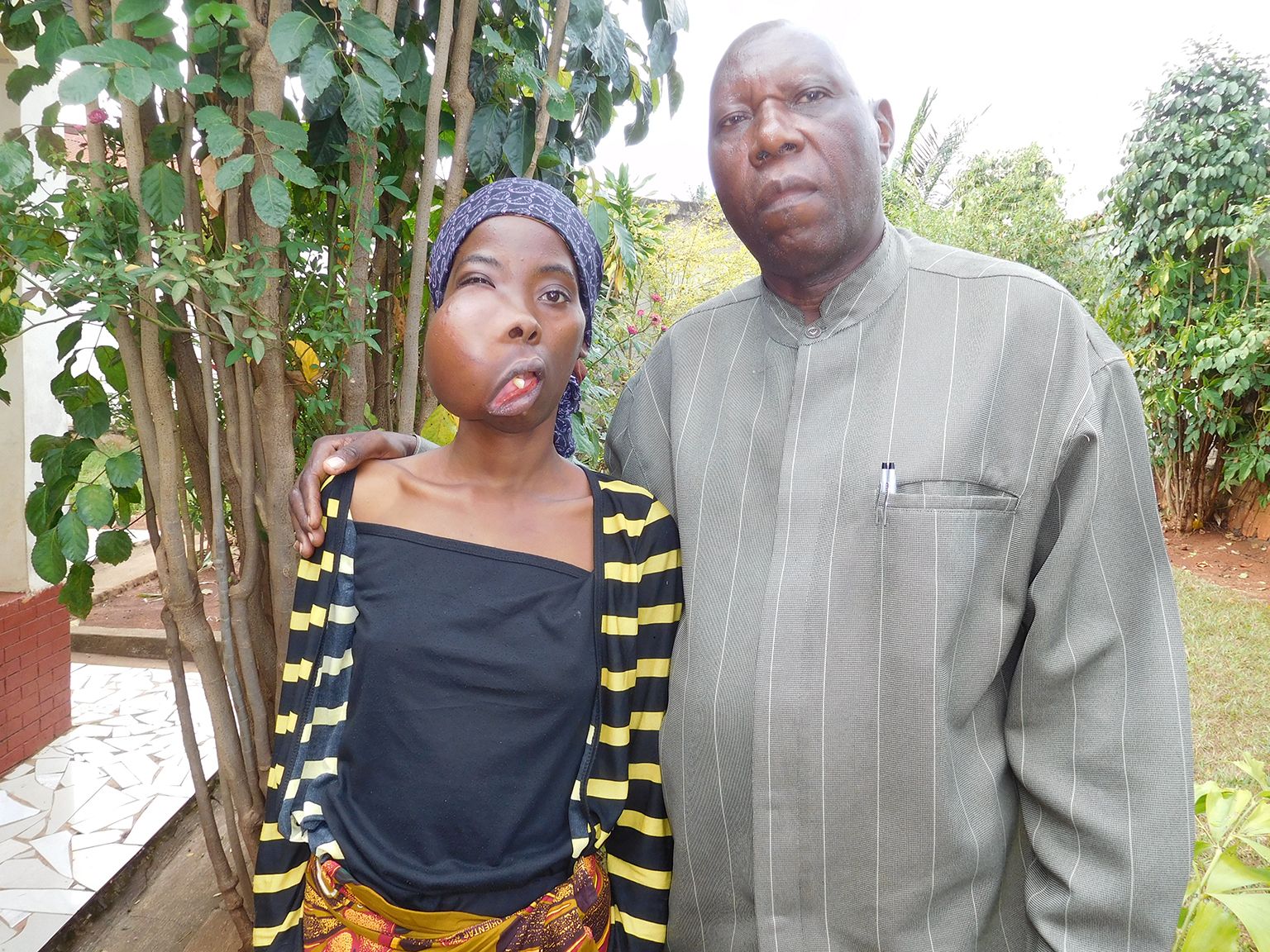 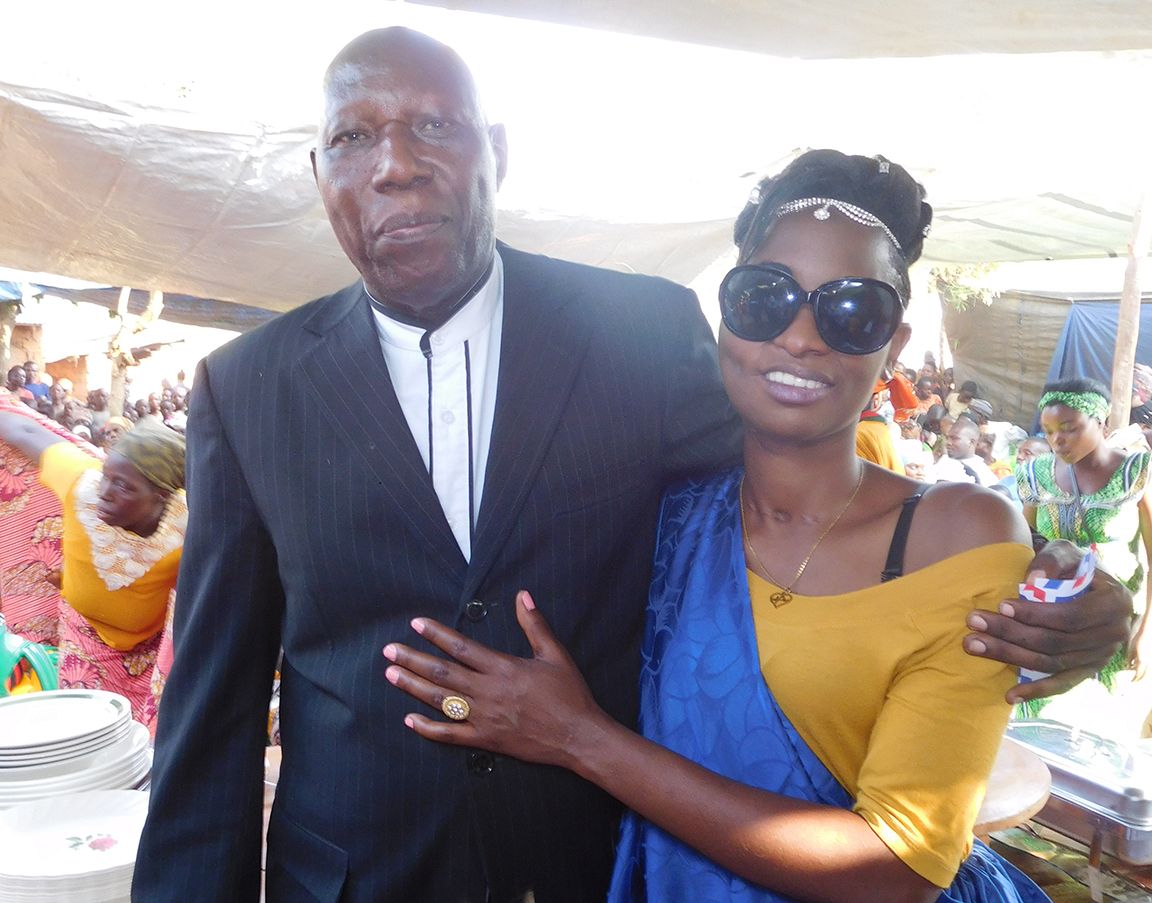 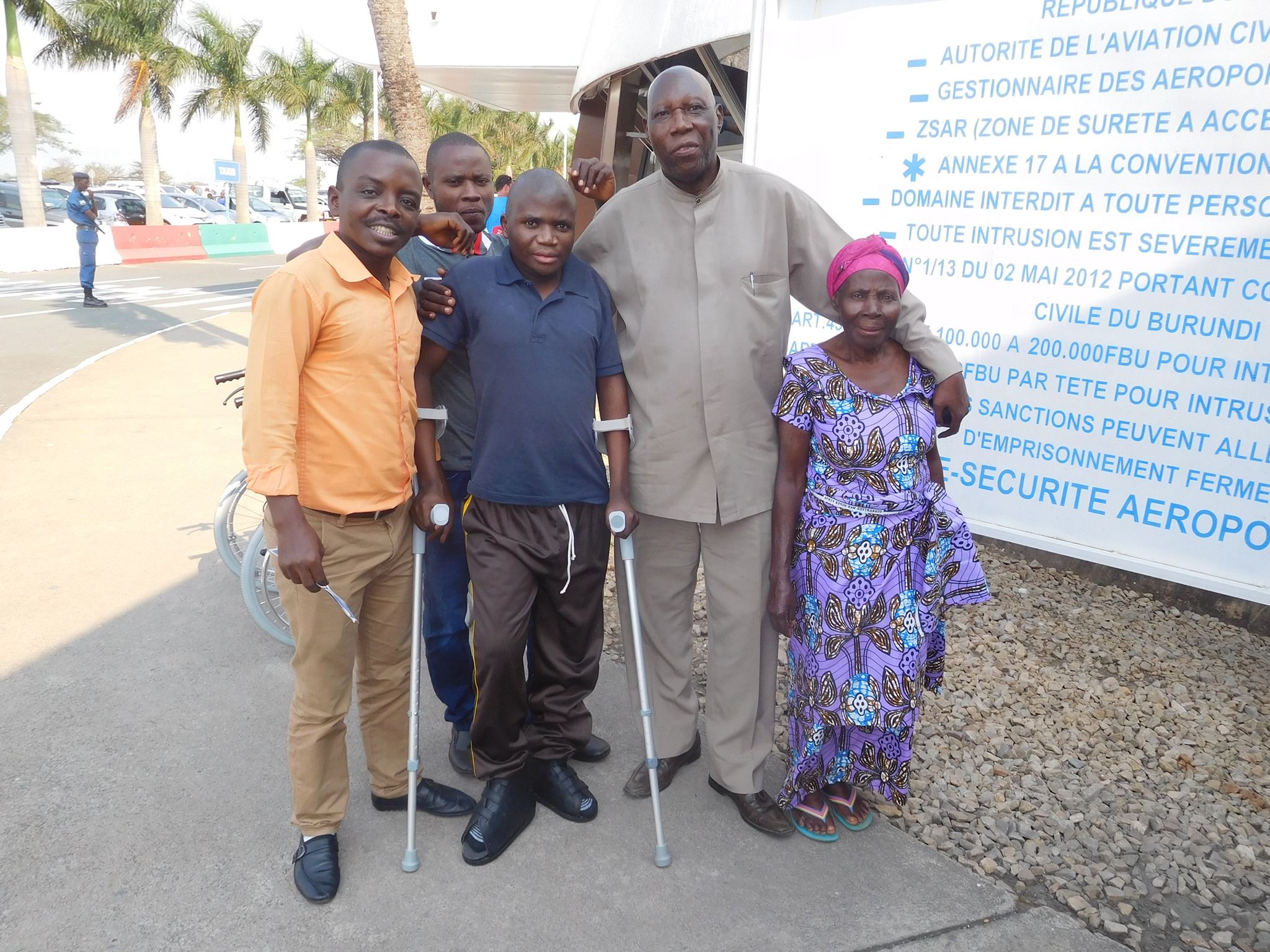 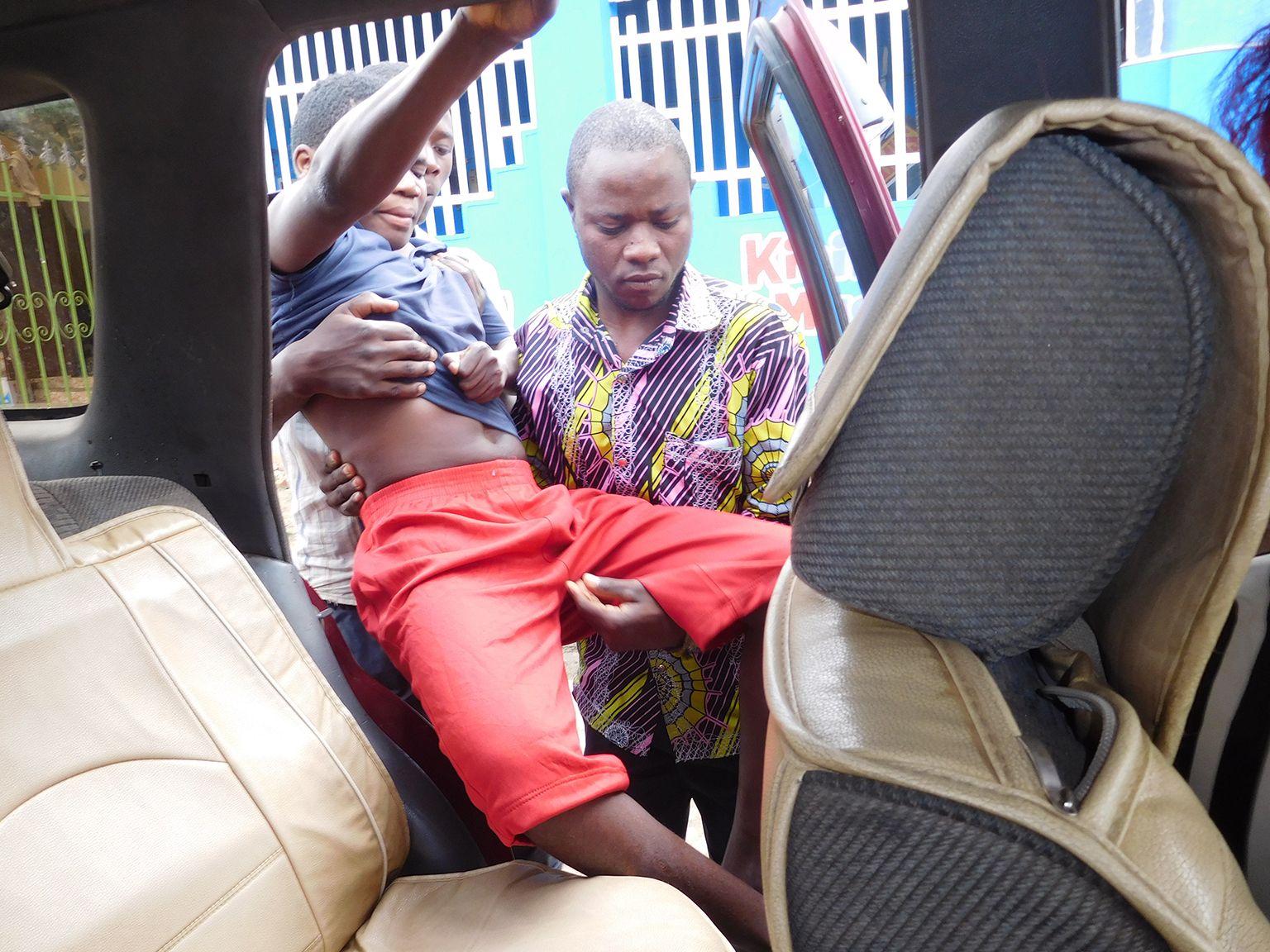 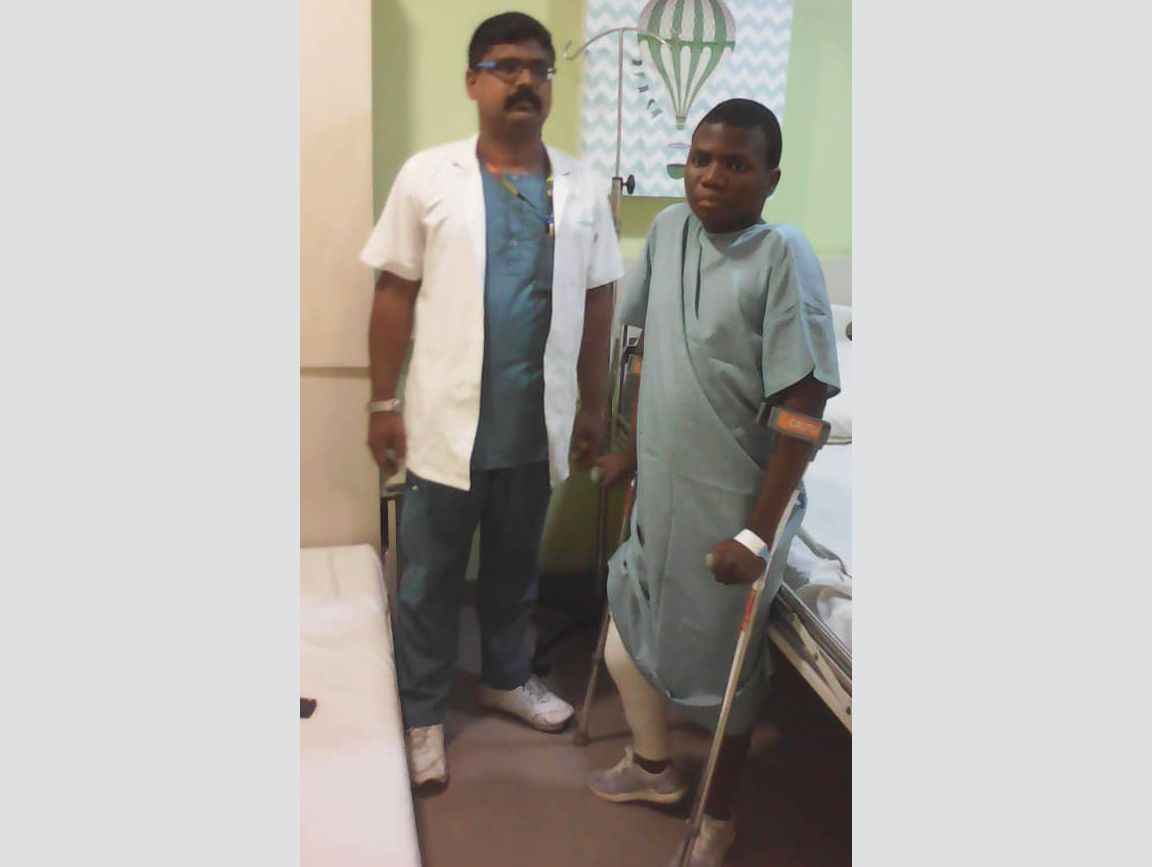 In sub-Saharan Africa, 43 million children under the age of 18 have lost one or both parents to AIDS, conflict or other causes. Support for some orphans is being provided by a variety of government, community and non-governmental organizations but this assistance reaches only a small percentage of those who need it.

The human tragedy of a child becoming orphaned is a daily reality around the globe, especially in Africa and specifically in Sub-Sahara. These children are not statistics, they are real children living without parents to protect and nurture them. It is estimated that more than 16 million children under 18 have been orphaned by AIDS with 14.8 million of these children living in sub-Saharan Africa. Children by far are the most vulnerable among people living in resource limited countries. Already disadvantaged, limited or no access to basic health care services only throws these children further into poverty and desperation.

Over the past few years and today, public hospitals in Burundi have detained hundreds of patients who were unable to pay their hospital bills. Patients were routinely held for several weeks or months, and in one case for over a year. They were kept on the wards, guarded by security staff of the hospital, or were held in a separate room. Detained patients without money often went hungry if not fed by the charity or others. Some were forced to vacate their beds and sleep on the floor to make space for paying patients.

Most detained patients have had surgery, such as following an accident or as a result of birth complications, while others suffer from chronic diseases, including HIV/AIDS. The patients are very poor, often belong to vulnerable groups like orphans, widows, single mothers and people from very poor families. Some of those detained are obliged to sell their last belongings in order to pay their bills and get released, still others do not have any thing to sell. Others find a benefactor, a wealthy individual or charity, to pay their expenses and allow them to return home.

Due to the Medical problems leading to detention and having money in hands or pay before medical treatment, some needy people stay home when they are sick and decide to die at home because they do not have any money to pay so that they can have access to health care. Those people are orphaned  and underprivileged children and very poor families. Remember, They Also Have The Right To Live  And Have Access to health care. Many of those who die due to the lack of access to health care, if some body had been there for them, they would not have  died.

In Burundi, we always see orphaned and underprivileged children  who have illness that can not be treated in Burundi due to the lack of sufficient medical equipment  and advanced technology.  Orphaned and underprivileged children like Kevin Nindereye, Merci Irakoze and Nadine Ndayishimiye that together we had a privileged to help for their surgeries  in India or some where else.  If you and other donors  would not have been there for them, they could not be alive today.

Due to the above mentioned issues, we have initiated this project called: “Health care for an orphaned child  and underprivileged family Project” so that we can help orphaned and  underprivileged children and poor families  as well to have at least a minimum health care, because they also need to live.

To make this project possible, it requires “Compassion in Action”. Compassion in action is not about words, it’s about caring for those in need and suffering.  Compassion is feeling with someone and not feeling for someone. When you feel with some one,   you identify yourself with that person. Because, when you feel with, it means that you also feel the pain as much as if it was on you. And with Compassion you just don’t feel, you also get a strong desire to do something, something that would make the pain go or lessen the pain, and more often the desire is so strong that you end up trying as much as you would have tried for your own self. And you may even become restless when you can’t do much about it. It’s more saying sorry, you can’t get the satisfaction of just saying “sorry” or “I will pray for you”.

Compassion is about action; it is about caring for one another; it is about understanding; it is about identifying yourself with those in need and suffering; it is about solidarity;  it is about helping  find the solutions for those who are waiting for a help  and assistance”.  By Prosper Ndabishuriye, General Coordinator/JRMD

Jesus said: "A man was going down from Jerusalem to Jericho, when he fell into the hands of robbers. They stripped him of his clothes, beat him and went away, leaving him half dead. [31] A priest happened to be going down the same road, and when he saw the man, he passed by on the other side. [32] So too, a Levite, when he came to the place and saw him, passed by on the other side. [33] But a Samaritan, as he traveled, came where the man was; and when he saw him, he took pity on him. [34] He went to him and bandaged his wounds, pouring on oil and wine. Then he put the man on his own donkey, took him to an inn and took care of him. [35] The next day he took out two silver coins and gave them to the innkeeper. 'Look after him,' he said, 'and when I return, I will reimburse you for any extra expense you may have.'

[36] "Which of these three do you think was a neighbor to the man who fell into the hands of robbers?" [37] The expert in the law replied, "The one who had mercy on him." Jesus told him, "Go and do likewise."  This is about  ”COMPASSION IN ACTION”

Our accomplishment in this project:

To help JRMD continue  to care for an orphaned  and underprivileged  child and poor family, please  make a check to FSN/JRMD, then mail it to: 217 S. 168 St. Burien, WA 98148 OR make your donation by clicking on the following link: https://www.globalgiving.org/projects/providing-education-to-450-youths-in-ruhagarika/ 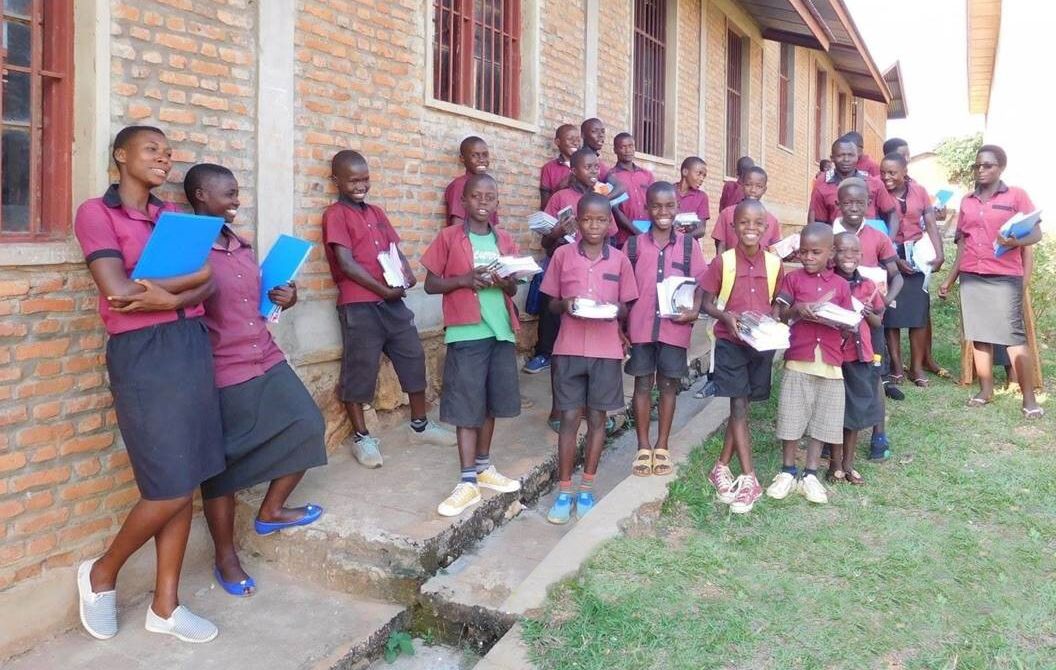 All donations are tax deductible thanks to our fiscal sponsor, GlobalGiving which is a tax exempt, 501©(3) organization.

If you prefer, tax deductible donations may be made by check payable to:
St Mark’s Episcopal Church/JRMD
c/o Mike Seymour
PO Box 761
Port Royal, SC 29935-0761
All proceeds will go to benefit the school.